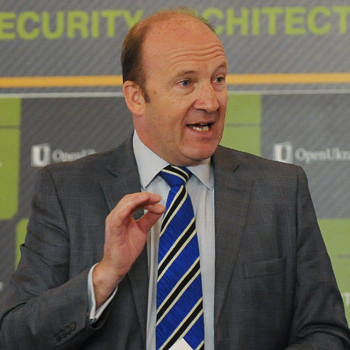 David Eade is one of the most familiar faces on BBC World News TV, with ten years experience as a mainstream anchor.
He is also a regular presenter of the prestigious BBC national news and current affairs programme 'The World Tonight' on Radio 4.
As a correspondent his postings covered Europe and Ireland, tackling major news stories including the launch of the Euro, The Good Friday Agreement and the death of Princess Diana. He then took on the role of Senior Sports News Correspondent and has been the global face of the BBC's major sports news coverage, fronting successive FIFA World Cups and Olympic Games for BBC World.
David has also presented 'HARDTalk' as well as European Election special programmes and outside broadcasts.
In 2003 David set up his own company, using his extensive media experience to offer specialised services in presentation training, media familiarisation, crisis response and media consultancy. He has trained some of the most familiar faces in the British and international media, helping to raise their profile and standards in delivering speeches, business presentations and conference addresses. He also provides training masterclasses within the BBC for presenters and reporters, and acts as a mentor for developing journalists.
David has chaired, hosted and moderated many conferences for international and blue chip clients including the OECD, SportAccord, Pirelli, FoodDrinkEurope, the Kiev Security Forum, Sport England,
UK Sport and the Asian Racing Federation.
Read More