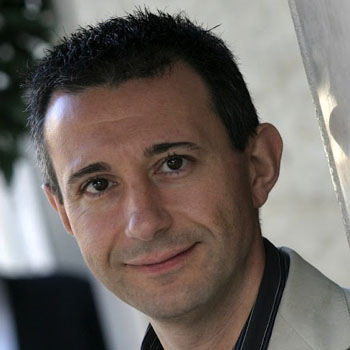 David Magliano is Director of Commercial and Marketing for England 2018, the organisation bidding for England to host the 2018 Football World Cup. He is responsible for building public support in the UK and presenting England's plans to FIFA.
Previously he was Director of Marketing for London 2012, the organisation which successfully bid to host the 2012 Olympic Games. David worked with Sebastian Coe to build UK public support for the bid, and sell London's proposals to the International Olympic Committee around the world. He devised and directed the crucial final presentation in Singapore, described as the fiercest competitive pitch of all time.
Before London 2012, David was in the airline industry, having been Sales and Marketing Director of low cost airlines Go and easyJet. He was a founder director of Go along with Barbara Cassani, and was responsible for all commercial activities. He was part of the management buyout from British Airways, following which his marketing strategies increased Go's value from £100m to £400m in nine months, despite the impact of the events of 9/11. David helped lead the sale of Go to easyJet, and managed the integration of commercial activities during which time the company grew an additional 40%.
David is knowledgeable about every marketing discipline advertising, websites, direct mail, PR, events, internal communications, research, pricing, distribution and customer service. He has created high-profile new brands, and established marketing teams from scratch. He has been through two start-ups, an MBO, an exit and a merger. He is a Director of four companies: Dyson, Glasses Direct, The Property Investment Market and New Moon Television.
David has been awarded the title of UK Marketer of the Year twice (1999 and 2005), and Advertising Age's Global CMO of the Year (2006). He was received an MBE in 2006.
A superb keynote speaker, David's speaking topics include:
Marketing
Advertising
Public Relations
Customer Service
The London 2012 Olympic Bid
Read More