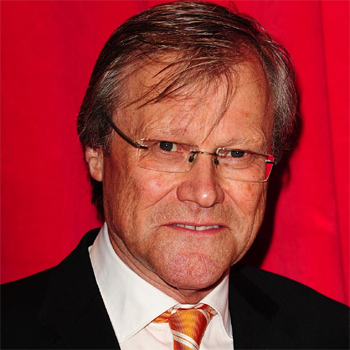 David Neilson has achieved overnight success after 25 years of trying, with his Coronation Street role as caring Cafe Owner; Sage of the Street, Mr Anorak with shopping bag and even part time Eco Warrior. Prior to his current role as "Roy Cropper", David has featured on TV in numerous Programmes including: Boys From The Blackstuff, Between The Lines, The Bill, Bergerac, Heartbeat, Resnick, Sons & Lovers, Eastenders, Z Cars and lots more.

David is also a gifted writer for theatre and has directed a number of plays, including the West End production of Raymond Briggs' anti-nuclear fable "When the Wind Blows".

He truly is a man of many parts: Born in Loughborough and currently living in Barcelona and Manchester with his wife and son. Originally trained as a gas fitter, he ran away to London to develop his acting skills at the Central School of Speech and Drama.

"It is rare indeed to work with celebrities who take such care in researching the subject to the depth required to talk confidently and knowledgeably without notes, as you did. Everybody was full of praise"