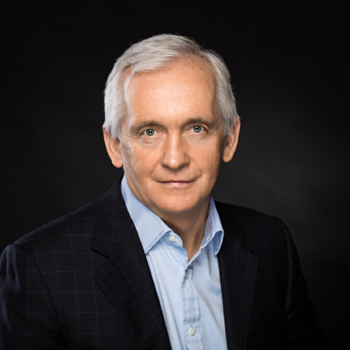 David Walsh is chief sports writer at The Sunday Times, who helped to expose Lance Armstrong as a Drugs Cheat.
David is a four-time Sports Writer of the Year in Ireland and a four-time Sports Writer of the Year in the UK. He won Journalist of the Year at the British Press Awards for his work on the Lance Armstrong story.
For 13 years David fought to expose Lance Armstrong as a fraud and against all the odds the truth came out.
Funny, bright and incredibly engaging, David talks about how, in 1999, when Lance Armstrong won his first Tour de France and David was working as a journalist on that race, he sensed that Armstrong was doping and advised his readers  to ask obvious questions before celebrating Armstrong's victory.  By the time the Tour ended, David was convinced Armstrong was cheating but when he wrote about this, he was vilified by readers.
So began his pursuit of the truth about Lance Armstrong that would last until 22 October 2012 when the world governing body for cycling, Union Cycliste Internationale, said Armstrong "has no place in cycling and deserves to be forgotten."
The story of how Armstrong got away with his deceit for so long cuts to the heart of the relationship between sports journalism and professional sport.
In 2004 David co-authored L.A. Confidentiel, les secrets de Lance Armstrong. In 2007 he wrote From Lance to Landis, The Inside Story of the American Doping Controversy at the Tour de France and in 2012 his book Seven Deadly Sins, My Pursuit of Lance Armstrong was published.

His book was the basis of the critically acclaimed film, The Program which detailed the whole Armstrong episode and his determination to find the truth.
David talks about the power enjoyed by Armstrong, who believed he could control the narrative of his career, even though there was ample evidence to support the view that he was a fraud.  He asks 'How did he get away with it for so long? Were the authorities complicit? Why didn't journalism prove more resilient and get more quickly to the truth behind the story?
Throughout the years of investigating David learned that people were prepared to tell the truth regardless of the cost to them personally.  He also got to know Armstrong and most of the time didn't feel any personal animosity towards him although Armstrong certainly saw him as "the enemy."
David has written more than twenty books on sport.
Born in County Kilkenny, Ireland, he now lives with his family in Cambridge.

The reaction to David's talk was the best I have experienced in the 6 years I have been with the Irish Association of Pension Funds. He told the story in a way that mesmerised everyone who was there. He mixed the factual events with some funny anecdotes and poignant reflections in a way that kept it all very interesting and the audience was completely fascinated. He also introduced the piece with a very good video clip which gave a great backdrop to the story. He also took questions at the end which we had to cut short as we could have been there all night. I have been particularly taken by the number of people who have subsequently said that they hadn't known who he was but really loved the whole presentation.                  CEO Irish Association of Pension Funds February 2013