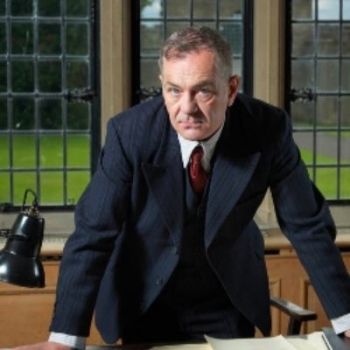 David Wilson is Professor Criminology at Birmingham City University and Director of the University’s Centre for Criminal Justice Policy and Research.

David regularly appears on TV and radio talking about the criminal justice system and is the author of numerous books. His expertise can often be found on the pages of national papers such as The Times and the Guardian, and on news programmes such as Sky News and Tonight with Trevor McDonald, concerning high profile murder cases such as those of Meredith Kercher and Raoul Moat.

Prior to taking up his academic appointment in 1997, Professor Wilson was a prison governor and worked at HMP’s Wormwood Scrubs, Grendon and Woodhill – where he helped to design and run the two units for the twelve most disruptive prisoners in the country, experiences which brought him into contact with several British serial killers.

In 2015 David was on our screens acting as the Borstal Governor in ITV’s series Bring Back Borstal and is currently presenting Killer Psychopaths on Channel 5 the first episode was watched by 1.3 million people.

David moderated the sell-out show 'Making a Murderer' at the London Palladium and lead the Channel 4 documentary, 'Interview with A Murderer' which won Best Documentary at the Broadcast Awards 2017 and Royal Society of Television Awards.

In late 2017, David starred in Voice of a Serial Killer for CBS, a ten-part series, examining police tapes with infamous killers. With years of experience working with murderers, David provides enlightening insights to the minds and actions of the killers featured.

2019 saw David star alongside actress Emilia Fox in a three-part BBC One documentary Jack The Ripper: The Case Reopened which re-examined the murders which took place in the Whitechapel district of London between August and November 1888, with new technology.

David's professional memoir My Life with Murderers was published in 2019 and David Wilson’s Crime Files can be seen on BBC Scotland.