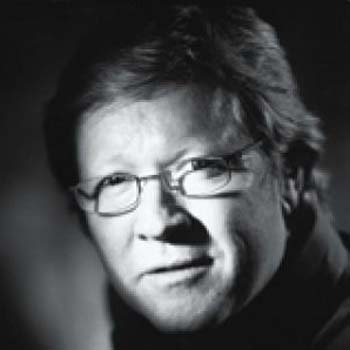 As a teenager, David began broadcasting to the UK via Radio Luxembourg in 1968 after two years on local Canadian radio hosting classical and jazz shows. David acquired the nickname "Kid" because he was the youngest radio presenter in Europe at the time. He left Luxembourg in 1975 for Radio Trent in Nottingham.

In 1976, he went to Radio 1, followed by a move to Capital Radio in 1984. During this period he hosted the pioneering Nescafe Network Chart Show for 10 years, broadcasting to the entire UK Independent Radio Network. In 1998 he accepted an offer to go to London's Heart 106.2, before moving back to Capital in 2002, this time for the Gold Network. He continues to broadcast on Gold.
He is well established as a radio interviewer and has welcomed Sir Elton John, Sir Paul McCartney, Rod Stewart, Sting, Stevie Wonder, Dolly Parton, Kevin Spacey, Paul Weller, Ray Davies, Art Garfunkel, James Taylor, Bryan Adams, Billy Joel and many more onto his Gold show.

In addition to his Gold commitments in 2008/09, he was able to play the kind of music he began his career with on his own daily afternoon show on national digital radio station, theJazz.. Following the demise of that station, he now compliments his Gold program by hosting shows on Planet Rock, including a Saturday morning show with Rick Wakeman.

In the past he has hosted a weekly, networked CBC (Canadian Broadcasting) show from London and has presented various syndicated documentaries and specials for hundreds of American stations over the years.

He has won many awards including five Sony Radio Awards as well as New Spotlight DJ of the year (1972 and 1973), Melody Maker DJ of the year (1983), Variety Magazine for Radio Personality 1980, British Radio and Television Industry award for Best Radio Programme1986 and Maple Leaf Award for Canadian Contribution to Broadcasting 2002.

For many years David wrote weekly columns for The Daily Mirror, Sunday People and Today. In addition, he contributed to many other publications too from The Telegraph, The Guardian and the NME.

On TV he has presented dozens of networked, syndicated and local shows over the years from children's programmes to News and Current Affairs

In 1980, he took a two year break from the BBC to become a news "anchor" for Ted Turner on the Superstation, "TBS", in addition to presenting documentaries for CNN. This led to an Emmy nomination for the series "Nice People.

David has fronted' Sky Sports/ Channel 4's "Formula Palmer Audi Championship" and occasionally guests on Sky Sports News as well as voicing the most widely syndicated TV show in the world, the weekly: "(Gillette) World Sport". He has also provided the "voice of God" announcements for Miss World productions and the "Laureus Sports Awards".

Having worked in a corporate capacity for a number of F1 teams over the years fronting car launches, driver interviews, presenting paddock club events and looking after sponsors.

Closely associated with motor racing having run his own race winning team, "Kid Jensen Racing" (Formula 3000 and Formula Opel), he has appeared on dozens of motor racing programmes on ITV, Sky Sports and Ch. 4; and his 22 year-old son Viktor has been a highly rated driver.

In July, 2010, he was made a Freeman of the City of London in recognition of his charity work.
He occasionally appears on LBC's breakfast show with Nick Ferrari reviewing the newspapers.
In April 2011 David joined Smooth Radio and currently presents an afternoon show.
Read More