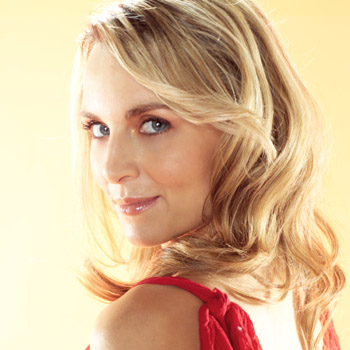 Actress and impressionist Debra who stars alongside Jon Culshaw in 'Dead Ringers' and also appeared with him in   'The Impressions Show' where she showcased her talent for impersonating major celebrities.

But with an impressive career encompassing music, acting and comedy, multi-talented Debra is an all round professional entertainer.

She made her debut on television as a 13 year old when she appeared on BBC's 'Opportunity Knocks' and made it to the show's All Winners' Final which was held live at the London Palladium.

As her career unfolded her stand-up comedy skills were honed at London's Comedy Store and as an impressionist she recorded voices for 'Spitting Images'.

Following her training as an actress at the Manchester Metropolitan University School of Drama from 1993, Debra Stephenson's name started to appear on more TV credits including several episodes of Reckless with Robson Green for ITV, a regular role in childrens' show Cone Zone, and a stint presenting CBBC's Friday Zone.  Then came parts in 'Midsomer Murders' but she became one of British TV's hottest faces when she joined the cast of the comedy drama 'Playing the Field', a series about women's football, in 1998.

In 1999 she played Shell Dockley in ITV's prison drama 'Bad Girls'. Her performance of the psychotic character led her to two consecutive nominations for Best Actress at the National Television Awards in 1999 and 2000.

In 2005 she joined 'Comic Relief does Fame Academy' and finished fifth in the competition.  She was noted for her rendition of the song 'Cry Me a River' and Dionne Warwick's 'Anyone Who Had a Heart.'

In 2013 Debra featured, with Jon Culshaw, on BBC Radio 4's impressions show 'The Secret World' about the private lives of public people.

Debra  is married and is the mother of two children, Max and Zoe Louise.

"Thank you most sincerely for your important contribution as guest presenter...Your handling of the announcement of the awards was brilliant and your solo act went down very well indeed...Very many thanks for your contribution to the success of the 2013 Nisa Exhibition Dinner & Awards Presentation."  Corporate Events Director, Nisa - April 2013