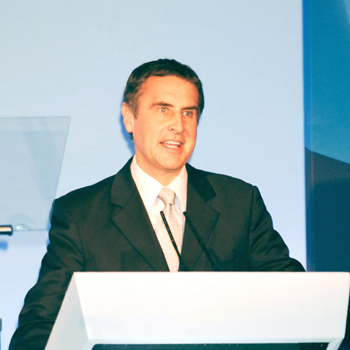 He also presents the ratings success Eggheads, a quiz show for BBC2, which this year recorded its ninth series. He has also recently presented a new spin-off show Are You An Egghead?

He presented BBC Breakfast for five years from September 2002 to December 2007. During his time there he shared the sofa with Natasha Kaplinsky and Sian Williams.

In 2003 he presented Treasure Hunt for BBC 2 and The State We're In, a satirical news programme for BBC3.

He fronted ITV's Lunchtime, Nightly and, most recently, Evening news bulletins for 11 years. He was a key part of the presentation team covering the 2001 General Election for ITV. Dermot also fronted the Most Wanted series for LWT and Sieges - both prime time ITV shows.

In 2000 Dermot won the prestigious Newscaster of the Year award from the Television & Radio Industries Club (TRIC) - an award given for 'maintaining a consistent standard above all others'. He also won the 1999 Royal Television Society's Interviewer of The Year Award for his interview with Peter Mandelson, which resulted in his resignation from the Cabinet.

Dermot has reported live from war zones around the world.

Dermot broke the news to the nation about the sudden death of Diana, Princess of Wales and then played a major role in ITN's coverage.

He joined the Business Programme on Channel 4 first as a researcher, then reporter. Four years later he moved to Switzerland to work on the European Business Channel as reporter and presenter until he was called back for the launch of Channel 4 Daily.

After obtaining an MA in History from Sussex University he went on to complete a post-graduate course in Journalism at City University.

Dermot is married to journalist Maria Keegan. They have three daughters and a son, Kitty, Molly, Alice and Jack.

He is an Arsenal fan.