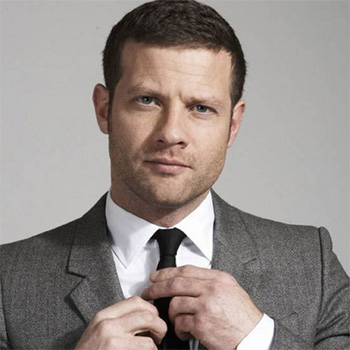 He grew up in Wexford, Ireland before moving to Colchester, where he attended a Catholic school and had an unruly afro haircut.

He went to Middlesex University where he studied Media and Politics.

He spent too much time listening to Billy Bragg and ended up with a 2:2. Armed with that, a shaved head and a cheeky grin, he headed out into the real world. Well telly. It isn't really the real world.

He started out behind the scenes on Mel and Sue's Light Lunch, before getting in front of the camera.

He has presented a variety of TV programmes, most of them pretty good¦ such as SAS Are You Tough Enough?, Dermot's Sporting Buddies, The Big Breakfast, T4, Shattered, Re:Covered, BBLB, Celebrity Hijack and of course X Factor.

In tandem with his TV domination, Dermot has constantly been on the radio.

First at XFM and now at BBC Radio 2. He gets to pick the music he plays and chooses the bands he has in session. He adores Wogan and Bob Harris.

And has a soft spot for Ken Bruce. And an even softer one for Gambo.

He's always banging on about charity (CAFOD, Everyman and Make Poverty History) and drives a hybrid car. He's been voted The Sexiest Man in Ireland and Britain's Most Marriable Man.