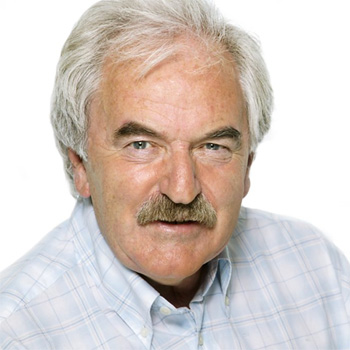 Des Lynam is one of the most respected and admired broadcasters in the country.

For over 20 years he was the BBC's main sports anchorman as well as hosting non-sports programmes including Points of View and The Holiday Programme. In 1999 he moved to ITV where he presented their live football coverage, including Champions League, major championships and The Premiership.
Des has also hosted Countdown on Channel 4, Des Meets... on BBC Radio Five Live, We'll Meet Again on BBC1 and The World's Greatest Sporting Legend on Sky One and contributed to Setanta Sports' coverage of the 2007-08 Premiership season. His autobiograhy, I Should Have Been At Work! was published in 2005. In summer 2008 he presented the BBC2 series, Sport Mastermind.
Read More