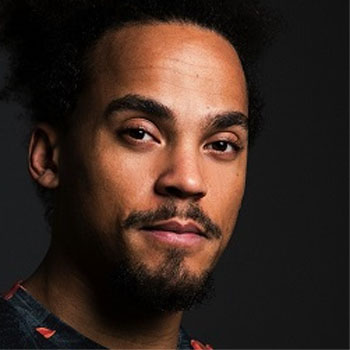 Dev not only is known for being a DJ; he began his career as a TV presenter and was watched by millions every Sunday morning on BBC2 show ‘Smile’ as a presenter and DJ alongside Reggie Yates and Fearne Cotton.

Dev’s TV career has continued to go from strength to strength having hosted for trademark events such as the BAFTA TV Awards, covering the red carpet and backstage. He has presented a number of documentaries for BBC iPlayer including ‘Can You Live Without Your Phone?’ and ‘The Live Lounge Uncovered’ as well as live streams for BBC3/BBC Sport covering ‘League of Legends’.

Dev has also competed on “Celebrity Masterchef” where he made it through to the final. He also regularly hosts regular slots on BBC 1’s “Saturday Kitchen” and also on “The One Show.”

Dev also took part in the first celebrity series of Channel 4’s ‘SAS: Who Dares Wins’ for Stand Up To Cancer, another challenging experience that saw Dev stretched to the limits both mentally and physically, resulting in very emotional viewing.

He also performed on a recent series of “Strictly Come Dancing”.

As well as his radio & TV career, Dev also managed to complete a music degree and began running his own recording studio in North London. He now produces and remixes for a variety of bands and artists as well as working on his own music, some of which has been played across several National radio stations including Radio 1 and 1Xtra.

In addition to all this Dev also hosts regular content for the BBC iPlayer.