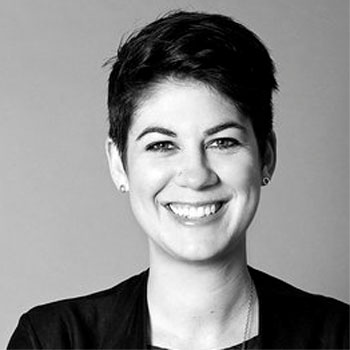 A designer, social scientist, and sustainability expert, she is internationally recognized as a leader in tools for the circular economy and the use of disruptive design across sustainability and educational initiatives.

Leyla was awarded 2016 Champion of the Earth by the United Nations Environment Programme, and her 2013 mainstage TED talk that has collected over one million views is one of the most watched TED talks on sustainability.

In 2014, Leyla completed her PhD at RMIT in change-centric disruptive design and started developing the Disruptive Design Method , which is the backbone of her unique approach to design-led systems change.

She has won a host of awards for her work, was named one of Melbourne’s 100 Most Influential People, and has been forging positive change through creative practice in multiple ways for over a decade. Her systems-based thinking coupled with her highly-skilled communication techniques is featured in several publications, including the New York Times.

Leyla is the founder of two design agencies, Disrupt Design in New York and Melbourne-based Eco Innovators , as well as the UnSchool, her uniquely rebellious experimental knowledge lab that is all about disrupting the mainstream way that knowledge is gained and shared.

Leyla is an internationally respected keynote speaker and trusted expert, having led thousands of hours of workshops, lectures, activations, and educational experiences around the world.

“The designer is one of those unique individuals who uses systems-based thinking to disrupt mainstream ways of thinking. And even though the process for the person at the receiving end of her methods might initially be uncomfortable and unwelcome, we all need someone like Acaroglu to ‘shake things up a bit’ to enable a fresh perspective.”