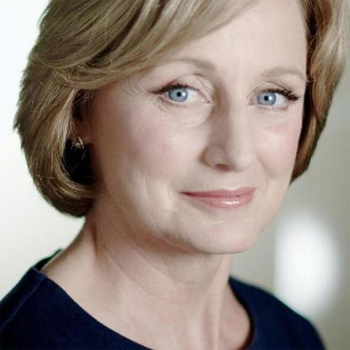 Dr Rosemary Leonard's work as a consultant on television, radio and in newspapers makes her one of the country's best-known doctors. She is the resident doctor on BBC Breakfast, and also writes a weekly page for the Daily Express and a weekly column in S magazine. She is the medical editor and regular feature writer for Woman and Home magazine, and Tesco Healthy Living magazine. Her first book, "The Seven Ages of Woman" was published in 2007. Rosemary was awarded an M.B.E. for her services to healthcare in the New Year's Honours List, 2004.
As a regular broadcaster, Rosemary's depth of knowledge and ability to put across complex matters without lapsing into medical jargon have led  to a wide variety of television and radio work. She makes regular contributions to the news output of the BBC, both on TV and radio, and has also been the regular medical expert on The Wright Stuff, and the evening news on Five. She recently co-presented a medical series for Sky Real Lives called The Secret Guide to Women's Health. She has also co-presented Fighting Fit with the EastEnders, and Kick the Habit, on BBC1,  as well as Why Me? and Call the Doctor on the Living Channel.
Rosemary is still a practicing doctor, working as a part-time GP in a busy south London practice where her special interest is women's health. She was the GP representative on the Committee on Safety of Medicines, the national body licensing all medicines in the UK, and is a member of the Human Genetics Commission.  In 2008, Rosemary was appointed to the Board of the Health Protection Agency in the UK.
In view of her extensive experience, she is often asked to present medical corporate videos, and take part in PR activities for healthcare companies.
Rosemary trained in medicine at Cambridge University and St Thomas Hospital Medical School. She lives with her two sons and enjoys gardening, skiing, hiking, and sailing.
Read More