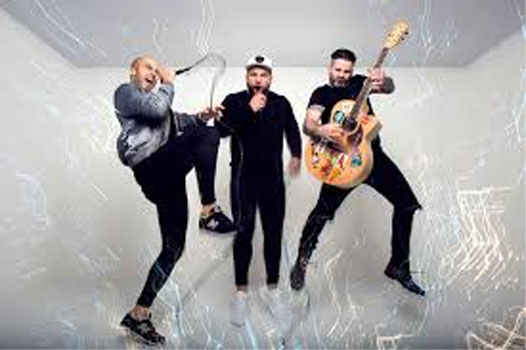 DUKE are a live mashup / remix act from the UK. They only use one instrument, the guitar. Everything else is vocals and beatbox!!

They were Xfactor contestants in 2012 and since then have had great success at high profile parties, corporate events and festivals gaining quite a reputation as party starters!

Duke have also gained millions of views across Youtube and Facebook and have sustained a loyal following that has seen them attain brand activation contracts across Europe.

Some examples of their shows:

" I have worked with DUKE over a number of years at google at many events. The life and energy they bring to events never disappoints, their skills are awesome!! Different, fun and totalpros, I highly recommend these guys"

"DUKE have played for Red Bull three times and they never fail to impress. They’re different and that’s what makes them so exciting. If you want to give guests a truly unique experience then these are the boys for you!”

Duke are a live mashup / remix act from the UK. They only use one instrument, the guitar. Everything else is vocals and beatbox!! A smash hit on the X-Factor led to them being a hugely popular act at high profile corporate events. They even supported Prince on his O2 tour!