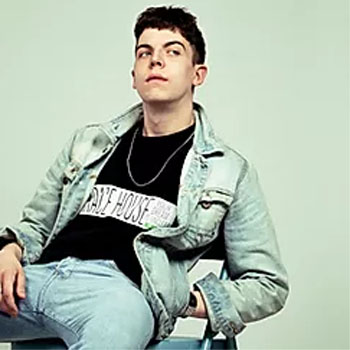 Ed is a prodigious talent and one of the youngest stars of the UK comedy circuit. In 2017 he was nominated for the Edinburgh Comedy Awards' Best Newcomer.

In 2018 he sold out his entire Edinburgh run and then went on to host Radio1's 'Ed and Lauren' show.  Ed has also been seen on Comedy Central's Roast Battle and on E4 and BBC3. He can also be heard on BBC Radio 4 and BBC 5 Live.  He is currently performing across the UK and Europe.

"Ed joined us over Zoom for an hour of harassment, culture exchanges, and darn-good comedy. He engaged my colleagues and I while sharing material. He adapted to the Zoom format with ease and delivered a performance as if he's done this many times in the past.

My team and I laughed a lot and had a bounce in our step for the rest of the week."