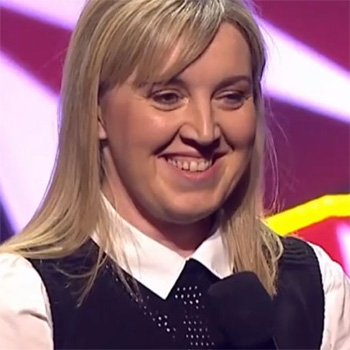 Eleanor Tiernan is an Irish comedian well-known among audiences for her live stand up performances and her work in TV, theatre and on radio.

Prior to comedy, she had studied STEM subject as school, and went into Engineering.

She now performs at venues mainly around Ireland and the UK, but is starting to become a fixture at International Comedy Festivals also, such as the Melbourne Comedy Festival and Edinburgh Fringe.

She was featured on Stewart Lee’s Alternative Comedy Experience on Comedy Central whilst her first TV work was with Headwreckers as part of Channel 4‘s Comedy Lab series. Following this she both wrote and performed in RTE’s The Savage Eye which received an IFTA nomination. Eleanor has appeared on Maeve Higgins’ Fancy Vittles, The Panel, Republic of Telly and has performed stand-up on Tonight with Craig Doyle.

She was the first act to feature on RTE’s flagship Stand and Deliver and recently wrote and performed on the critically-acclaimed political satire show Irish Pictorial Weekly. She plays Dolores in the RTÉ sitcom Bridget and Eamonn.

A great comedy actress and occasional writer when she can fit it in!