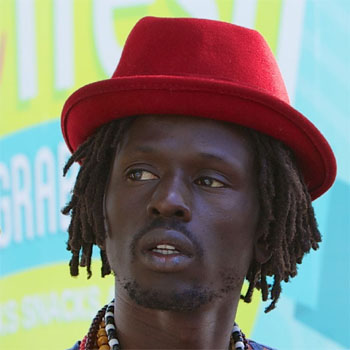 Emmanuel Jal is a former child soldier from South Sudan, turned international recording artist, activist and philanthropist. He is owner of Gatwitch Records, Jal Gua Foods and founder of Gua Africa charity. Jal’s vision is to share his experiences for social emotional learning through the Arts Business and Philanthropy, in order to create a higher state of conscious global awakening.

His corporate talks will awken something in you.