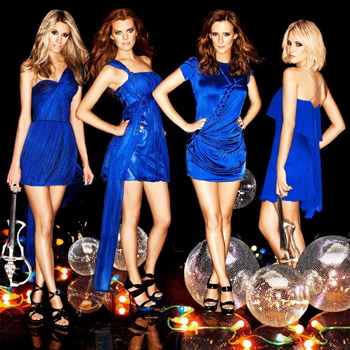 Escala, the stunning electric string quartet, fuse contemporary sounds with classical instruments to create  sensational music.
This gorgeous line up of four talented girl musicians caused a sensation in the final of ITV's 'Britain's Got Talent' in 2008.
Their debut album 'Escala', produced by Trevor Horn was hailed as having the freshest and most innovative sound of 2009, and scored one of the highest first week sales for any debut album in the UK that year.
The quartet comprises four sophisticated, beautiful and intelligent girls in their twenties. These talented, dedicated and disciplined musicians studied at London's most prestigious music colleges, becoming highly trained, professional classical performers.
The four girls became close friends after being recruited as part of a large string section for a UK arena tour by boyband McFly and decided to work together, thus creating a new musical phenomenon.
After entering Britain's Got Talent in 2008, and performing in front of 14 million viewers on the show's final, the band were signed by Simon Cowell.
Escala are serious about their music, playing both acoustic and electric instruments and bringing stylish high-octane showmanship to their performances. With their unique formula of fun and integrity, the girls believe their approach will encourage many (in particular the young) to overcome prejudices about classical instruments.
Their international appeal has seen them travel the globe over the past 2 years including appearances such as Oprah & The Today Show in the USA, on Children in Need and opening Sweden's Pink Ribbon Gala. The girls have also enjoyed recent performance highlights such as Samuel L Jackson's 'Night For Love', opening the NASCAR Awards in Vegas and performing to over 100,000 people with Lee Hom in Beijing. They have also led BSkyB's TV campaign for the UK Premiership football season (following in the wake of bands including Simple Minds, Queen and Oasis) and are the current UK face of innovative hosiery brand Pretty Polly stockings.
Read More