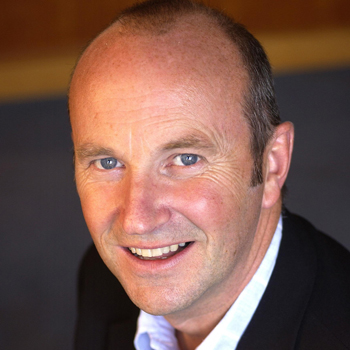 Fred is one of Scotland's best-loved comedians who began his comedy career at the age of 31 making a dramatic move from his former occupation - an accountant. He has regularly performed at the Edinburgh Festival and toured with his own stand up show. He has made many guest appearances on shows such as Have I Got News For You and They Think It's All Over, before co-hosting the hugely popular McCoist and MacAulay.

In addition, Fred has been involved in more than ten series on BBC Television in Scotland and the UK. He has hosted BBC Radio Scotland's Morning Show since 1997,  is a regular panellist on the prestigious Radio 4 production The Newsquiz, and has appeared on "Just A Minute" and "I`m Sorry I Haven't a Clue."

He is much in demand for after dinner entertainment and awards presentations throughout the UK and his work has also taken him to America, France, Hong Kong, Sweden, Iceland and Australia. Married with three children, Fred's a keen skier and a golfer with a temporarily high handicap and is currently the rector of Dundee University.