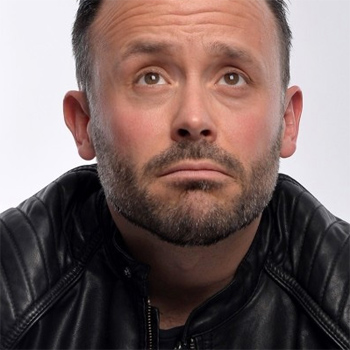 Geoff Norcott is a writer, comedian and presenter who finds himself more or less alone on the centre right side of politics.
Geoff has been performing stand-up since 2001 and is a regular fixture at every comedy club in the UK as well as an Edinburgh Fringe stalwart. He has written extensively for TV & Radio including BBC Radio, '8 Out of 10 Cats‘, C4‘s 'Alternative Election Night 2015‘, 'Safeword‘, 'A League Of Their Own‘ and 'The Sarah Milican Television Programme‘.
His most recent TV appearances include 'The Comedy Store‘, 'Free Speech‘ and 'Friday Night Live‘.
Geoff has extensive experience of corporate and unique gigs - from Google head office to Camp Bastion, Afghanistan.  His accessible material and ability to work with information supplied make him a high point to any corporate event.
Thank you to Geoff Norcott who had Google UK laughing hard at the Red Nose Day "TGIF" event -  Google
"Geoff was fantastic. The crowd loved him - including our US CEO who now wants to book him for their conference stateside."  Copart
"Geoff went into a large room and had the whole of it laughing within no time. He picked out the right personalities and gave our event the talking point we were looking for."  Toyota
"My guys and girls absolutely loved him.  A much needed morale boost."  Camp Bastion, Afghanistan - Garrison Sergeant Major
Read More

Geoff at our Speaker Drinks