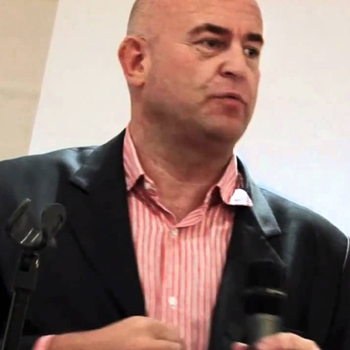 Graham Davies has become the go-to expert in the UK for Senior Executives, Celebrities and Politicians who need to present better under pressure. A former criminal barrister, his list of blue-chip corporate and individual high-profile clients reads like an international Who‘s Who, and includes 8 FTSE 100 CEOs and 11 Cabinet Ministers across successive governments.
Renowned as an entertainingly topical, high-impact keynote and after dinner speaker himself, Graham captivates multi-national audiences at events all over the world.
Graham is a recovering barrister and former President of the Cambridge Union.  Whether on stage or TV, his success is built on an ability to juggle a serious message with entertainment. Graham's speaking and coaching clients include a large number of the UK's leading companies, as well as 7 members of the Shadow Front Bench.
In his role as a Presentation Expert he is a regular guest on the BBC, Sky and CNN. However, it is his track record as a live event specialist that is unique in the European market.
As an After Dinner Speaker, he has been described by the Mail on Sunday as one of the funniest people in the UK, having spoken at over 1500 events.
In the role of Link Presenter or Facilitator, Graham provides focus, humour and continuity with insightful interviews, audience interaction and punchy links in between speakers.
As an Awards Host, Graham maintains the momentum of the event while using his own brand of corporate comedy to keep things alive.
Graham's Keynote 'Fighting Talk' captures the essence of presentation techniques that he has successfully introduced to dozens of blue chip companies, in a fine blend of hard core message and entertainment.
There very few speakers in Europe who can match his ability to mix sharply topical comedy with insightful content that is tailored for the business needs of even multi-national audiences.
In his book 'The Presentation Coach' Graham forcefully attacks all the old presentation clichés, as well as giving a challenging alternative: his distinctive Bare Knuckle approach to presenting. Whether speaking in a boardroom, ballroom or broadcast studio Graham explains how to Say It, Support It....and Shut it - and avoid Death by Bullet-Point!

"Thank you so much for everything that you did to help us with the launch. Everyone I have met hugely enjoyed your talk - you were brilliant! I was particularly grateful that you spared the time to watch the presentation in the afternoon and used it so marvellously in the evening."  Ian Lovet, Chief Executive, Allied Dunbar Bank

"I was not only impressed with Graham's ability to transform and translate pieces of 'localised' information into very humorous material, but also how he managed to keep an entire international audience amused for over fifty minutes! He tackled a variety of topics in a highly-amusing, constructive and very professional manner. Graham's brief was to help break down barriers amongst our team and engender team morale and spirit. The positive feedback from the entire audience showed that Graham's performance had really achieved this."  Nick Martin, e-business Solutions Executive, IBM

"You were a fundamental part of making the Euro Beacon Awards Dinner a great success. You had the senior management of Lotus (US and EMEA) crying with laughter. You delivered delightfully, to a brief, in front of a world-wide audience".  Diana Claridge, Business Partner Program Manager, Lotus

Originally called to the bar, Graham has forged a great reputation as a corporate presenter, facilitator and speaker. Has provided media and presentation training to most of the Cabinet.