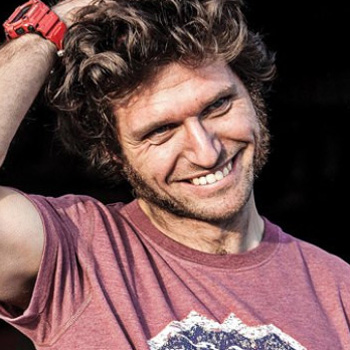 He was best known for his successful motorcycle road racing career, most notably for grabbing the headlines in the Isle of Man TT races but more recently his career has taken off in a different direction when he burst onto our television screens, presenting the popular series The Boat that Guy Built on BBC 1 which was followed by the 2012 Channel 4 series 'How Britain Worked' and, most recently (2013) the Channel 4 series Speed.  Guy undertook a series of speed-based challenges, exploring the boundaries of physics and learning about the science of speed. During the series Guy broke the British record for outright speed on a bicycle, hitting an amazing 122.4 mph and smashed the world gravity-powered sledge speed record.

In 'The Boat that Guy Built' his mission was to fit out an old canal boat, with the help of his best mate, using only the techniques and inventions from the Industrial Revolution.  To start the project they decided the most important thing to be able to do was to make a cup of tea  (Guy is famous for his love of tea!).  Their challenges included building a blast furnace and casting an iron pot, making a tin can, a loo and a mattress as well as weaving sheets and decorating their canal boat in the traditional style.

Known to have been called The fastest man never to win the TT, Guy's motorcycle racing career began when he moved to Ireland and in his debut year won the 'Cock o' the North' and International Gold Cup races at Scarborough as well as the Irish 750cc Support Championship.  He came 7th in his first Senior TT race, setting the fastest lap by a newcomer. In 2005 he was the only rider to finish all five of his TT races inside the top six.

He has raced for several teams including AIM Yamaha (2006) Hydrex Honda (2007-9) and Wilson Craig Honda (2010) when he went to the Isle of Man looking to achieve his first TT victory. But in the final race, the Senior TT, Guy he had a bad crash on the third lap, having led the race just before the first pit stop. He was airlifted to hospital with chest injuries, suffering bruising to both lungs and minor fractures to his upper spine. He made an amazing recovery thanks on part to his amiable and  irrepressible personality and his determination to get back to the sport he loves.

Guy's autobiography was published in May 2014.