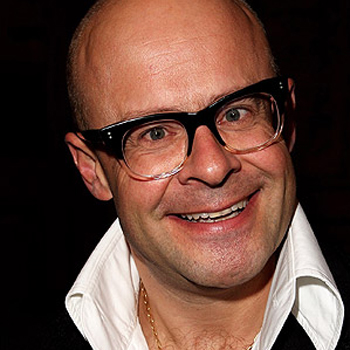 Award winning British comedian, author and television presenter best known for narrating You've Been Framed! since 2004 and hosting Harry Hill's TV Burp for eleven years from 2001 to 2012 on ITV.

Before becoming a comedian, Harry Hill (real name Matthew Hall) was previously a doctor. After winning the Perrier Award for Best Newcomer at the Edinburgh Fringe Festival in 1992, Harry got a BBC radio series: "Harry Hill's Fruit Corner" which also became a TV series. The comedian became an attraction on the radio and on the short lived TV Series Saturday Live.

Harry made appearances in Blankety Blank, Late Show with David Letterman and Celebrity Stars in their Eyes (as Morrissey) before making TV series for Channel 4 and ITV.  He has provided voice-overs for a number of TV commercials for a diverse range of products from McDonalds, Branston Tang, Huggies Super-Flex Nappies to Dairylea Finger Dunkers and Tuc Biscuits. He has also appeared in various adverts such as The Times Newspaper (with Sanjeev Bhaskar) and Boots the Chemist (as a doctor).
Read More