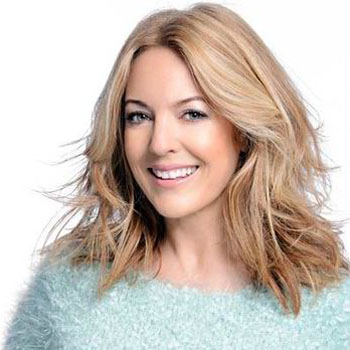 Helen Fospero started her journalism career on Fleet Street.  As a reporter on BBC1‘s The One Show, Helen is regarded as one of the most popular and trusted faces in British Broadcasting . A respected journalist with extensive live experience, known for her warmth, and for putting guests at their ease when the story demands it, Helen is equally at home grilling politicians and business leaders as she is interviewing big celebrities. She has been a regular anchor on ITV's breakfast sofa hosting programmes like GMTV and Lorraine.

As U.S correspondent for GMTV from 2000, on September 11th she was the only British TV journalist to witness the Twin Towers come down in New York. She spent the next year reporting on terrorist threat

Helen was one of the first journalists hired by Sky News where she worked as a news editor, reporter, and went on to anchor live news.  When she was specialising in entertainment she interviewed Yoko Ono, Paul McCartney, George Clooney and Elton John.

A daredevil at heart, Helen has flown with the Red Arrows, and plans to abseil down an iconic London building to celebrate Barnardo‘s 150th anniversary.

An accomplished and trusted host and facilitator with extensive experience in the corporate world, Helen has worked with Rolls-Royce; British Steel; Barclays and PriceWaterhouseCooper.

Her professional and thorough approach to events means that clients request her time and again.

"Helen is relentless in her preparation. This makes her not only very effective as a facilitator but she literally becomes a vital member of our team."  Chief Product & Distribution Officer, Barclays UK Retail Bank

"It was a delight working with you, and as I stated on the night, your engaging approach to the whole event (not to mention you utter professionalism) was noticed and very much appreciated by all those involved. Some commented that it was the best event to date, and that is in no short way down to your presentation of the awards, which was excellent."  Touchwave Media for the Pump Industry Awards - March 2014