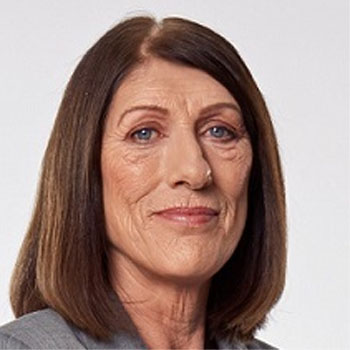 For over thirty years Jacquie Davis has survived as one of the top operators in a male-dominated profession — the secretive, often dangerous world of being a bodyguard.

In 2019, Netflix released “Close”, an action thriller whose main character was inspired by Jacquie’s life story.

She’s had so many close scrapes with death while risking everything for her clients, and is genuinely surprised to still be alive! She has been stabbed, thrown through a shop window, shot at several times, including by Kashmiri snipers, and chased through some of the world’s most dangerous countries.

Jacquie has also freed a young British woman who was being held captive in Pakistan, and rescued men imprisoned by Saddam Hussein’s son, Uday, in Iraq.

After leaving the police force in the 1970s Jacquie Davis worked as a CPO, where her training, which included combat training and a willingness to risk everything for ‘the client’, led her into increasingly life-threatening operations, so much so that she became recognised as the world’s top female bodyguard.

Some of the well known celebrities she has protected include Diana Ross, Liza Minnelli, Gerard Butler, Nicole Kidman, Bradley Cooper, Sarah Ferguson (formerly HRH The Dutchess of York), teenage heart-throb Justin Bieber, JK Rowlings and the Beckhams, to name but a few.

Jacquie has appeared on numerous television and radio shows, both in the UK and USA. A popular guest expert on chat shows, she has also acted as consultant for television and film production companies and appeared in documentaries as well as being a spokesperson on news programmes for crime related incidents. She was also the Crime Editor for HOT GOSSIP Magazine and has written a column for Combat-online.

A fascinating speaker for any corporate event.