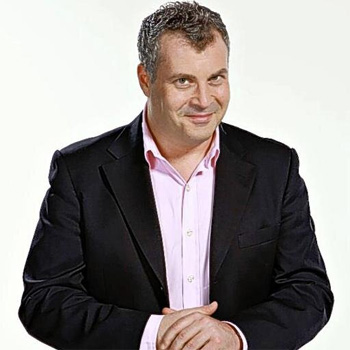 James Max presents Early Breakfast every weekday morning on TalkRADIO from 5 – 6.30am. He's also a columnist for The Financial Times, a business advisor to CEO’s and businesses, a trustee and member of Council of the Royal Albert Hall and a committee member for the Ultimate News Quiz, a charitable event raising money for Action for Children and Restless Development. Having been a regular newspaper reviewer for Sky News both on Sky News at 10 and Sunrise he now regularly appears with Adam Boulton on All About Politics and often appears as a pundit on Jeremy Vine's Radio 2 Show.

A qualified chartered surveyor, James was a director of the property advisory company, DTZ (now Cushman & Wakefield) before joining Morgan Stanley's Investment Banking Division and subsequently becoming a partner and Principal of DH Private Equity, a leading European private equity house. From 2014 until 2017, James was an Executive Director at BNP Paribas Real Estate, latterly on their UK Board. In recent years he’s also been an advisor to Stanhope PLC, the UK developer at a project and corporate level. He has a range of transactional experience having acquired many notable assets for international investors, worked on complex financial debt and equity deals and acted as a principal in the UK, across Europe and the US.

He first came to public prominence as a semi-finalist in the first series of the BBC's The Apprentice. Since 2005, James has forged a career in radio. First at TalkSPORT, then spending 7 ½ years at LBC and subsequently at BBC Radio London. Over the years, he has appeared on many television and radio programmes as an expert and a presenter. Working for Overseas Property TV, he presented his own series, has fronted an episode of “Dispatches” and contributed to 10 o’clock Live, for Channel 4 and regularly reviewed newspapers and commented on the current affairs agenda for ITV's Daybreak and This Morning and has a recognisable voice for voiceover and audio work.

James has considerable experience presenting and hosting corporate events, conferences and company workshops. He has fronted events for The Mayor of London, Shell, Olswang, J P Morgan, DTZ, ARMA, BNP Paribas Real Estate and many trade associations. Always with flair and personality, he's an affable, entertaining and knowledgeable host with an expertise in business, finance and property whilst maintaining a strong grasp of current affairs.