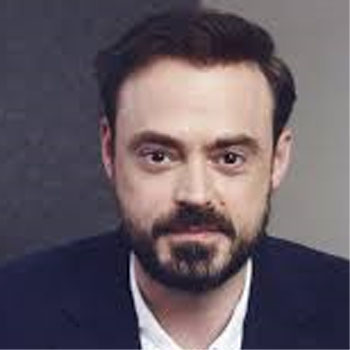 A respected TV and radio presenter, Jamie Theakston is a household name, thanks to his Breakfast show on Heart FM, alongside roles on mainstream terrestrial shows such as Live & Kicking and Top of the Pops.

Jamie’s career kicked off after he teamed up with co-presenter Zoe Ball in September 1996 on Saturday morning show Live & Kicking on BBC1. It was an instant success, earning a BAFTA award and generating double the amount of viewers of any other Saturday morning show. After 3 fantastic years, Jamie decided to move forward and explore other projects.

He landed his first main TV presenting role on BBC2’s The Ozone in 1999, after acting as a regular host on iconic BBC1 show Top of the Pops in 1998.1999/2000 also saw Jamie play himself in two series of the mock-interview show Rock Profile for UK Play, with Matt Lucas and David Walliams. This also led him to appear alongside the pair in an episode of the BBC1 series Little Britain.

Jamie quickly became a key anchor for the BBC, presenting their coverage of the much hyped lunar eclipse in 1999, fronting the top-rating Saturday night quiz show A Question of Pop, hosting coverage of Glastonbury and presenting The Millennium. In 2000, Jamie was approached by Channel 4 to co-host The Priory with Zoe Ball. Jamie and Zoe went on to present 3 successful series of the show, further cementing his reputation as one of the UK’s best live TV presenters.

After being invited to launch a weekly two hour radio show on Radio 1 in 2000, Jamie’s radio presence developed further as he undertook his first regular sports show for BBC Radio Five Live. Simultaneously, Jamie continued to add to his huge portfolio of TV work with Channel 4’s ratings winner 100 Greatest Kids Shows, as well as hosting Natural Born Losers and the holiday show You Call The Shots, both for BBC1.

From 2003 – 2006, Jamie presented four series of The Games for Channel 4, a reality television show which saw celebrities compete against in each other in Olympic style events. 2007 saw The Search air on Channel 4, a game show conceived, produced and presented by Jamie, in which contestants with unique skills had to solve a variety of ancient clues and puzzles from throughout history. That year also saw Jamie present BBC1’s coverage of the Princess Diana Memorial Concert, Sport Relief and The People’s Quiz.

In October 2009, he returned to our TV screens alongside Zoe Ball to host the prime-time series Britain’s Best Brain for Channel Five. Throughout 2011, Jamie practised his tennis skills as part of the LTA’s All Play scheme to encourage more people in the UK to play the game.

2018 saw Jamie film his fifth series of Forbidden History for the Yesterday Channel, which he fronted since 2013 to wide acclaim. The programme uncovered the truth behind great historical myths, conspiracy theories, ancient treasures, lost civilisations and war time secrets. Jamie also returned as the presenter for Channel 5’s latest police series, Traffic Cops. The show has consistently been one of the most watched factual series on UK television.