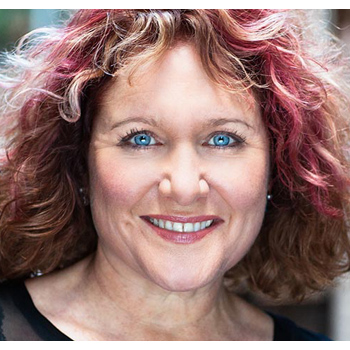 Jan Ravens is an actress and impressionist, best known for her voices on Spitting Image and Dead Ringers.

At Homerton College, Cambridge she studied Education Studies and Drama and was the first female President of Cambridge University Footlights Club in 1979-80.

After Cambridge she became a radio comedy producer. She joined the cast of Jasper Carrott's comedy Carrott's Lib in 1983.

She has appeared on Just A Minute on Radio 4, Whose Line Is It Anyway?, Have I Got News for You, Alexei Sayle's Stuff and in Dictionary Corner on Channel 4's Countdown (one of the shows parodied on Dead Ringers).

Her other television work includes appearing in One Foot in the Grave as Pat Aylesbury (one of Meldrew's neighbours) and playing Janet Grimley in The Grimleys, a nostalgic sitcom set in '70s Dudley. In 2006 she was on Strictly Come Dancing, partnered by Anton du Beke getting through to the 5th week of the competition. In 2007 she appeared on the BBC programme The Truth About Food, exploring different foods and how they affect behaviour. She was also featured in Ronni Ancona's comedy sketch show, Ronni Ancona & Co.

She won the edition of Celebrity Mastermind on 1 January 2008, making her the first woman to win the programme. She also appeared as Effy's art teacher in E4 drama Skins. In February 2010, she was a panellist on QI, and in 2012 appeared as Susan in the sitcom Hebburn.

Jan is also an ambassador for the charity Action Aid.