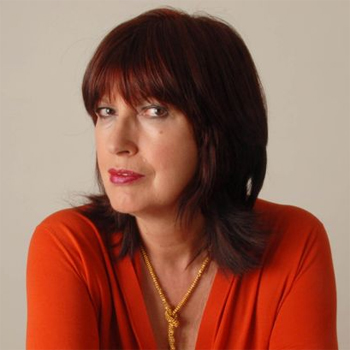 Janet's career in broadcasting started in 1973 hosting a daily show on Britain's first commercial radio station, LBC, switching to television in 1975, a young people's current affairs programme for LWT. She presented a range of prime time shows including her own talk show, before becoming a producer in 1981, and gaining a BAFTA nomination with Twentieth Century Box.

She won the BAFTA award for originality for creating the groundbreaking series Network 7 in 1988. Janet joined the BBC and created a host of new formats for young people - Rough Guide to Careers, The A to Z of Belief, Reportage - and devised and produced The Full Wax with Ruby Wax.

Her reworking of the German romantic opera The Vampyr won the Prix Italia in 1992 and received an Emmy nomination as well as a Classical Music Award. As a BBC executive she was responsible for about 35 series from This Is Your Life to Fantasy Football League. In 1994 she joined the Mirror Group and set up L!ve TV, building the UK's first digital television studios.

In 2007 Janet was the Editor on Deadline, a new celebrity series for ITV2. She appeared in Call me a Cabbie on ITV1 and So You Think You Can Nurse for Five as well as Coming Home for BBC Wales. She also completed a pilot based on the second volume of her memoirs, Fallout.
In 2004 she appeared in I'm A Celebrity, Get Me Out Of Here! on ITV and So You Think You Can Teach for Channel Five. In 2005 Janet wrote and presented two documentaries for Sky Television entitled Janet Saves the Monarchy and another shot in the USA entitled Michael and Me about the director Michael Moore. Janet co-presented TV on Trial for BBC3 in 2005 and a series entitled Demolition about bad architecture for Channel 4. She presented a documentary Desperate Women about women in the media for Channel 4, and BBC3 showed her documentary My Childhood in February 2006. She has regularly appeared on political programmes such as Question Time, This Week and The Daily Politics, as well as entertainment series like Grumpy Old Women, The Alan Titchmarsh Show and the Paul O'Grady Show. In 2007 Janet presented a regular slot on GMTV, with Lorraine Kelly.

She has presented a wide range of television series - The Design Awards, Travels with Pevsner, two walking series (Coast to Coast and As the Crow Flies), Cathedral Calls and hosted the weekly political programme The Midnight Hour, all for the BBC. She presented the first critique of the internet, J'Accuse for Channel 4.

Janet has been a travel writer for the Observer and The Mail On Sunday, as well as restaurant critic for Vogue, and wrote a regular walking column for the Sunday Times. Her books include Scandal, The British Teapot,  Baggage, Life's too F***ing Short and  Don't Let the B*****ds Get You Down.

For two years Janet was the Editor of the Independent On Sunday, a role she relinquished in 2001 to become Editor at Large, presently writing two comment columns a week for the Independent and the Independent on Sunday, as well as contributing features about travel. For three years from 2002 she conducted hundreds of interviews for Bloomberg Television, focusing on major media players and figures from the arts, transmitted in over 20 countries. In 2003 she wrote and presented an acclaimed one-woman show at the Edinburgh Festival entitled All The Rage, and toured this show in the UK in Spring 2004 and 2005.

Janet is Vice President of the Ramblers Association and judged the Living Bridges Competition for the Royal Academy in 1996 and the Building of the Year for the Royal Fine Art Commission, in 1998. She has been a board member of the Opera Factory, is a Fellow of the Royal Television Society and an Associate Member of the Royal Institute of British Architects. She is President of the Globetrotters Club and Patron of the Clerkenwell Green Association.

In 2009 Janet presented and appeared in shows as diverse as Have I Got News For You, The Money Programme and The One Show, with Gordon Ramsay in The F Word for Channel 4 and The Alan Titchmarsh Show.