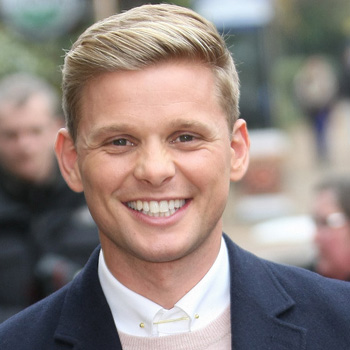 One of the UK's most popular TV presenters, Jeff Brazier has hosted some of the biggest shows on British television.
Jeff is a highly experienced and technically capable presenter equally at home in a studio or on location. He can put even the most challenging guests at ease as well as enjoying a fantastic relationship with his live audiences, which all makes for a great atmosphere.
He presents Channel 5's daily magazine show, OK! TV, which goes out every week day at 6.25pm. He has also been given the role of This Morning's 'X Factor' correspondent on ITV1, going out live every Monday throughout the series.
He has been the live OB presenter for the X Factor finals, presenter for ITV2's I'm A Celebrity Get Me Out of Here Now in Australia, and co-presenter on Sky 1²s Angela and Friends. He also won a lot of new fans when he reached the quarter-finals of Dancing on Ice on ITV1.
As well as presenting, Jeff has been the face of many successful commercial campaigns for the likes of BSkyB/Skyride, Suzuki and Clothes Show Live to name but a few. He also writes a weekly parenting column in the Daily Mirror, a parenting blog for Mamas and Papas, and is the agony uncle for Closer magazine. He also wrote a weekly blog for MSN for 3 months during and after his time on Dancing on Ice.
Jeff is 32 and lives in Harlow, Essex and was originally a professional footballer, signed to Leyton Orient FC but had to retire after injury problems, but he stills plays football and is often involved in charity matches.
He has two young sons and from his experiences of being a single-parent he came up with the programme idea for Superdaddy which was broadcast by Living TV.
He has also developed and presented a programme for BBC3  My Brother and Me which was broadcast in 2010 to critical acclaim.
Read More