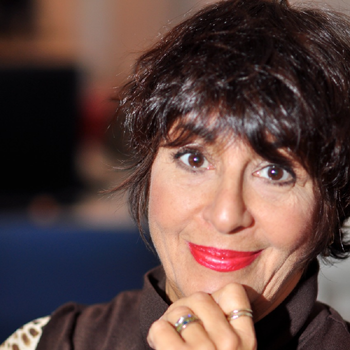 Jeni Barnett is an English actress and arguably one of the UK's leading food presenters. Best known for hosting UKTV Food's flagship food show, Great Food Live (previously known as Good Food Live) and its spinoffs Great Food Bites and Great Food Live Extra.
Jeni has seasoned every show she has been on with her funny, passionate and informed opinions. She's a former host of the Sunday morning show on BBC Radio London, regularly hosted on BBC Surrey and Sussex and was, for three and a half years, the star of weekday afternoons on LBC 97.3.
She filmed The Twelve Chefs of Christmas for Food Network and was the co-presenter of Jeni and Olly's West Coast Wine Adventures  on The Food Network and Travel Channel. Her television career started on BBC 2's ground-breaking feminist comedy programme 'Revolting Women' before being head-hunted for TVam.
Jeni's career spans thirty five years of diversity, From anarchic theatre with Ken Campbell to working with Betty Marsden on hit sitcom Cabbage Patch, she has co-presented Two Many Cooks for ITV1 as well as hosting Loose Women.
Read More