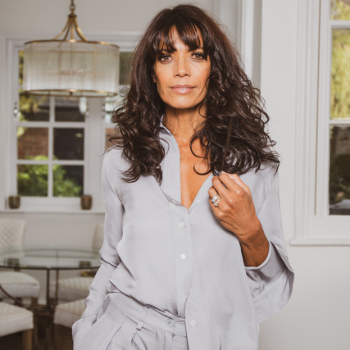 Jenny Powell is an experienced presenter and events host, whose career has spanned 3 decades.

Jenny began her career presenting cult music programme ‘No Limits’ for BBC2.  In the 1990s Jenny became the hostess on ITV’s ‘Wheel of Fortune and appeared on the Channel 4 mockumentary ‘Brass Eye’.

She then went on to present for Disney, on various Saturday Morning TV Shows.  Jenny presented features on ITV’s ‘Daybreak’ and ‘Jenny Powell’s Luxury Uncovered’ for the Travel Channel.

Jenny also fronted the ‘Food and Wine Adventures’ series for the Travel Channel and has been a regular on ITV’s popular show Loose Women.  She has also competed in reality shows, such as ‘Celebrity Wrestling’, ‘Celebrity Come Dine With Me’ and ‘Celebrity Masterchef”.

Not only is Jenny an experienced presenter, but she is also a keen dancer – As a teenager, she attended the famous Italia Conti Academy of Theatre Arts, where she fuelled her passion and talent for dancing and the performing arts.

In the corporate market she is an assured host, able to manage the rowdiest of audiences, through a combination of her Mancunian wit and charm, while she's a sure fire hit in her home town of Manchester...