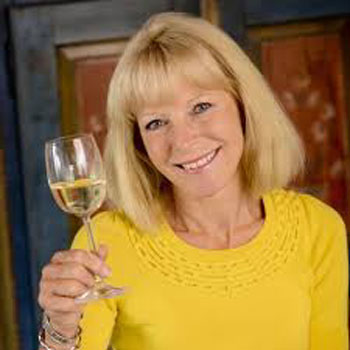 And now a new generation has taken to her sparky and intrepid personality after her stint in the jungle for ITV's ratings-blockbuster I'm A Celebrity - Get Me Out Of Here! Thanks to her, a wide number of people now know exactly which wine to drink with a kangaroo's testicle.

Jilly has also presented two highly successful television series on antiques for BBC1, The Great Antiques Hunt and Going, Going, Gone, and she continues as a regular presenter on BBC1's Holiday programme. During 2004, she was presenter on BBC1's Holiday - You Call the Shots. In 2005, viewers saw her confronting all sorts of health questions and challenges on the new Channel Four series, Extreme Health. Jilly also appeared on innumerable television programmes across all channels featuring both as a wine expert and as a personality.

Other television appearances include:-

She has also starred in a mini-drama written for her and directed by Pauline Quirke and performed in The Vagina Monologues at the Royal Albert Hall.

Jilly Goolden started as a journalist, contributing at some time or another to most national daily and weekly newspapers and glossy magazines published in Britain. As well as writing about wine, she has written about travel, women's issues, sex, the occult and a wide range of general features. She has written and contributed to books on wine and food as well as palmistry, which have featured strongly on the Sunday Times best-seller list. Co-written books include five volumes of the Food & Drink, the special, Entertaining with Food & Drink and The Big Food & Wine Drink Book. Jilly also co-authored Your Hand (A Guide to Palmistry).

Her interests include gardening, animals/wildlife/horses, big adventures, ghosts and of course, wine.