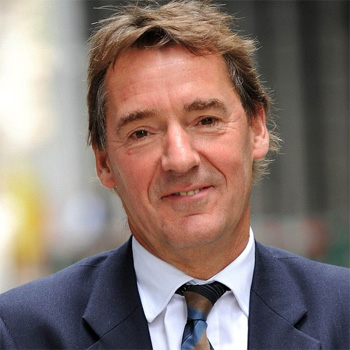 Jim O'Neill is Chairman of the RSA's City Growth Commission in the UK, which was launched in October 2013. He also chairs the economic advisory board to the Greater Manchester Local Authority.
He is the Honorary Chair of Economics at Manchester University and also a Visiting Research Fellow at the international economic think tank, Bruegel, as well as being on the economic advisory board to the IFC, the investing arm of the World Bank.
Jim worked for Goldman Sachs from 1995 until April 2013, spending most of his time there as Chief Economist.
Prior to 1995, Jim worked for Swiss Bank Corporation, Marine Midland Bank and Bank of America, starting in the City in 1982.
Jim is the creator of the acronym BRICS and has conducted much research about these and other emerging economies. He has published various books on the topic, including The BRIC Road to Growth , and made a documentary series for the BBC entitled MINT: The Next Economic Giants. He writes frequently on international economic and financial topics, including regular columns for Bloomberg and the Daily Telegraph in the UK.
Jim earned a degree in economics from Sheffield University in 1978 and a PhD from the University of Surrey in 1982. He received an honorary doctorate from the Institute of Education, University of London, in 2009 for his educational philanthropy, and an honorary degree from City University, London in 2014 for his contribution to global banking and finance.
As well as being an internationally respected economist, Jim is also an active supporter of educational charities. He is one of the founding trustees of the UK educational charity, SHINE. He serves on the Advisory Board of the Educational Endowment Foundation (EEF), and is on the boards of the Sutton Trust, Teach for All and a number of other charities specialising in education. In September 2013, Jim became a Non Executive Director of the Department of Education in the UK. A well-known football fan, Jim previously served as a non-executive director of Manchester United before it returned to private ownership in 2005.