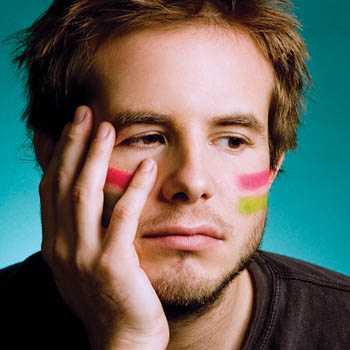 A highly regarded young stand-up and comic performer, Jimmy performs on the UK and international comedy circuit to great acclaim.

He is also a highly sought after TV warm-up, having worked for Channel 4's Deal or No Deal, ITV's Loose Women, BBC3's Two Pints and Coming of Age and Channel Five's The Justin Lee Collins Show.

Jimmy has supported Chris Addison and Simon Bird on tour, co-presented the Dave Gorman radio show on Absolute Radio and provided voice-over and character work for ITV Mobile cartoons. He has  performed stand-up on Russell Howard's Good News on BBC3.

His career was kick started in 2005 when, after reaching the finals of the prestigious BBC New Talent competition, he performed in the Amused Moose Hot Starlets Showcase at the Edinburgh Festival to packed audiences. So began his full time working career as a stand-up comedian, and he hasn't looked back,  performing in theatres, clubs, arts centres and universities all over the country and abroad.

He took his first solo show, Jimmy McGhie's Northern Meeting, to the Edinburgh Festival in 2009 receiving rave reviews and returned in 2010 with new solo show 'Jimmy McGhie The All-Powerful Warrior Who With His Endurance And Inflexible Will To Win Goes From Conquest to Conquest Leaving Fire in His Wake'.

In 2019 he toured New Zealand and Australia.