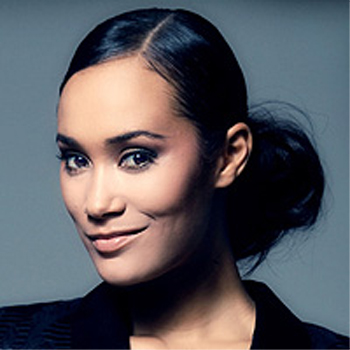 Jo-Ann Strauss is a TV presenter, producer and entrepreneur who hosted and produced her own prime time TV show called Glambition with Jo-Ann Strauss. Since winning Miss SA in 2000, she has presented Pasella and Top Billing two of South Africa's top TV shows,  as well as shows in the US and South America. Jo-Ann has appeared on the covers of most of SA's top magazines and also became the face of Lux following in the footsteps of glamorous women across the globe
In 2010 during the FIFA World Cup, she hosted several shows for ZDF, some of which were alongside Thomas Gottschalk. As a Master of Ceremonies (MC) and speaker Jo-Ann touches on various topics including gender issues, the new business environment and corporate transformation. She holds a B.Comm (Law) from Stellenbosch University and embarked on her MBA through Unisa SBL. Involved in various corporate ventures, she is a director of Media24, M&C Saatchi Abel, the Western Cape board of Ubuntu Botho (part of Sanlam) and Partnership Investments.
Having MC'ed at various charity events for members of royal families worldwide Jo-Ann is hailed as one of the best public speakers by several blue-chip companies ranging from Adidas, Audi and Unilever to BMW and all the major banks throughout South Africa.
She is actively involved in various charitable initiatives and uses her influence to help charities gain visibility and function as sustainable entities. Passionate about mentoring and nurturing young talent, she has created the world's biggest online presenter search where entrants get a chance to showcase their skills and are mentored across Africa.
Read More