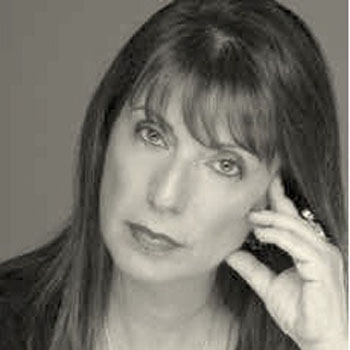 Jo Hemmings is a behavioural psychologist, dating and relationship Coach and TV and radio personality.    With degrees from the Universities of Warwick and London, Jo is the UK's best known and respected celebrity psychologist.
Jo is the resident sex therapist on ITV's This Morning and was the behavioural psychologist on C4's Big Brother's Little Brother since 2008 appearing on all series including Big Brother 11 and Ultimate Big Brother. She also helps behind the scenes, in the contestant selection process, by giving psychological advice and assessment to Reality TV producers both during the selection procedure and the series.
She has just completed filming as the on screen and on call psychologist for Katie Price's new reality TV series Discovered by Katie, and Amy Winehouse: The Untold Story, broadcast by Channel 5 in 2011.
Jo specialises in the psychology of celebrity behaviour, whether A-Listers or reality TV stars, and is the Behavioural Expert of choice, discussing the contestants on Britain's Got Talent and The X Factor on BBC and Sky News.  She also appears regularly commenting on celebrity behaviour and body language as well as on topical news stories for Channel Four and Five news.
She has appeared on all five terrestrial channels in many shows including The Alan Titchmarsh Show, BBC 1's"The Undercover Princes and BBC Breakfast.  She is also a regular on the radio, and her recent appearances include BBC Radio 4's Woman's Hour, LBC's Richard Bacon Show, Absolute Radio, BBC Radio Five Live and numerous regional radio stations.
Jo is the author of five successful books, on sex and relationships, writes regularly for magazines such as New! Cosmopolitan, Men's Health, Zoo, Grazia, Marie Claire and Glamour and writes a weekly celebrity language column, Couples Close Up, for More magazine and AOL, as well as regular celebrity comments and articles for most of the national press, including The Guardian, The Daily Mirror, The Times and The Daily Star.
Her latest book is "Sex Games published by Random House.   Other books include How to Have Great Sex", "Be Your Own Dating Coach", "Shoes and Shopping", "The Little Black Book" and "The Dating Game".
Working with Jo was an absolute pleasure. She brought charisma and entertainment to the day and we've had really positive feedback from the radio presenters that she spoke with. We will be in touch with her in the future!  Stature PR on Jo's radio day for We-Vibe - October 2013