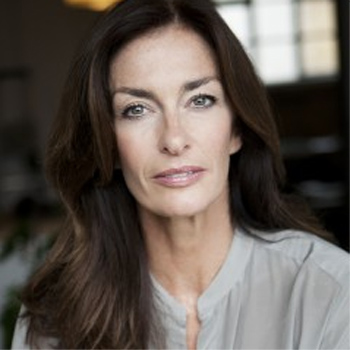 Jo is a British presenter, actress and model based in London and Los Angeles. She trained at the London Academy of Music & Dramatic Arts (LAMDA) and has worked in television, film, radio and theatre.

Jo first trained as a newspaper journalist, moving into radio and then television as a presenter. She has worked for the BBC, ITN, The Weather Channel and spent 7 years as a travel reporter for Sky Television where she had the enviable job of travelling to some of the most exotic corners of the world.
She has worked in Los Angeles presenting 'The Beauty Show' for the Turner Network and reported from the red carpet of the 2007 Academy Awards.
As a radio host she has worked for the BBC, Capital Radio, Talk Radio, US Channel CNBC and was the Hollywood Correspondent for London's Heart FM.
Within the corporate world Jo has presented for a variety of companies including Credit Suisse, PriceWaterhouseCooper, HBOS, Perkins Engineering, AT&T (USA), Visa, Real Estate TV and is the face of Deutsche Bank's corporate website.
As an actress Jo has worked in Stratford-upon-Avon in 'The Duchess of Malfi' and toured Europe with 'The Comedy of Errors'. In London she had played at the King's Head in Christopher Durang's 'Short Plays', the musical play 'The Cheeky Chappie' at the Union Theatre, 'Facades' at Riverside Studios, 'Silver Age Adieu' at the Orange Tree, Richmond, 'Spring Clean' at the historic Rose Theatre Bankside and she has toured with Alison Steadman in the comedy play 'Losing Louis'. Most recently she has performed in Hollywood on the US monologues show 'Sex, Relationships....& Sometimes Love.'
Her first film was a Channel 4 short 'Heap of Trouble', which went on to win a BAFTA. She has recently played the female lead in a TV pilot 'The Black Book'. Her feature film credits include 'Olympiad', 'Flamingo Blues', 'Number 1 Longing - Number 2 Regret', 'Dead Room Stories', 'Life Translated', 'Nine Days of Hell', 'Screaming Blue Murder' and 'Making It In Hollywood.'
Television roles include 'Merseybeat', 'Crime Team', 'Nuts and Bolts' and 'Celebrity Stitch-Up'.
Jo is a keen sportswoman and teaches yoga in both London and LA.  She is an arts graduate and has a painting studio at her home.
Read More