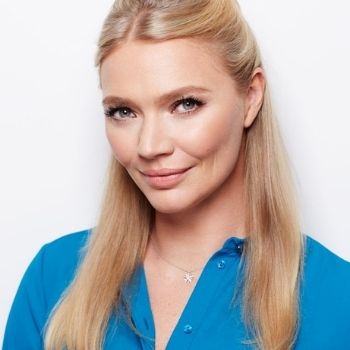 Jodie is a unique example of someone who has fused the worlds of designer fashion and glamorous sports. On the catwalk Jodie is a leading supermodel, and off it she plays polo to a high level and golf off a handicap of 18. Jodie has enjoyed a successful career as a high octane Maserati racing driver, competing at some of Europe’s most prestigious racing circuits in the Maserati Trofeo Series.

Jodie has taken part in several popular programmes, such as Jack Osborne’s Adrenalin Junkie for ITV2, BBC One’s Who Do You Think You Are and BBC One’s Strictly Come Dancing, including her own US ‘TV’ show, Fashion Avenue, and has been a co-fashion commentator for the BBC at Royal Ascot and for Channel 4 at Goodwood. In addition, Jodie fronted her own BBC Three documentary I Believe in Miracle Healing which saw her travel to Nepal in 2010.

2013 saw Jodie sign to esteemed modelling agency, NEXT models, following her hiatus from modelling. Jodie had the opportunity to walk for Moschino during Milan Fashion Week, and in 2014 was the face of Jaeger’s Autumn/Winter campaign and launched a luxury leather range with Debrett’s.

January 2015 saw Jodie return to our television screens, co-presenting Channel 5’s The Classic Car Show alongside Quentin Willson. The show saw Jodie getting behind the wheel in some of the world’s most beautiful, high performance classic cars. Jodie’s love for cars was furthered as she hosted the first ever live car launch, unveiling the new Rolls Royce Dawn to the world’s media alongside Torsten Muller-Otvos, the Chief Executive of Rolls Royce.

Later that year Jodie appeared on Channel 4’s The Jump, whilst continuing her role as host of CNN Equestrian for CNN International. Teaming up with Appletiser, Jodie promoted the brand’s role as Official Soft Drink of Ascot Races and reprised her role as the face of Halford’s winter safety campaign.

Jodie returned to our ‘TV’ screens in 2016 with a thrilling new four-part series, ‘Tour De Celeb’ on Channel 5. It saw eight celebrities preparing for the toughest physical and mental challenge on ‘TV’ as they took part in L’Etape du Tour in France with only three gruelling months of training. During the year she also trialled the new SEAT Ateca to produce a series of blog posts for her own column in the Guardian and became an ambassador for BMW.

Following this, Jodie became the ambassador for Help for Heroes, teaming up with them to tackle the stigma around mental health within military communities. Impressively, Jodie has completed the Burma Bike Ride, the Big Battlefield Bike Ride and climbed Mount Kilimanjaro to raise money to back the psychological wellbeing support offered at Help for Heroes.

In 2017, Jodie was announced as a UK ambassador for Fitbit. Jodie is a long-standing fan of the brand and has her feet firmly rooted in fitness and fashion – two of Fitbit’s focuses. She was also involved in the ‘Big Family Brush-Up 2017’ to encourage children to care for their teeth properly from a young age, as well as supporting Sky’s Ocean Rescue Campaign to raise awareness about ocean pollution.

In addition, Jodie featured in a new documentary series in collaboration with Sky, Shell and BMW. The aim of the series, “Drive to perform”, was to highlight the importance of the right tools for both athletes and cars. During the series, Jodie took on the role of mentor to Adam Smith as he embarked on a journey to see if he would be able to be a professional footballer. The videos featured as a native article on the Sky Sports and Sky News websites and shortened versions of the content ran as ads across Sky’s TV, VoD and social channels. The TV campaign also ran through the Sky AdSmart targeting platform. Jodie finished 2017 by appearing in a show called ‘A Right Royal Quiz’ – a one-off panel show hosted by Fern Britton that celebrates the royal family. The special aired on primetime ITV and saw Jodie compete in one of two celebrity teams in a number of entertaining rounds.

Jodie enjoys living in the countryside, with her son, Indio and has recently opened a pub, The Half Moon, in the village of Kirdford, West Sussex.