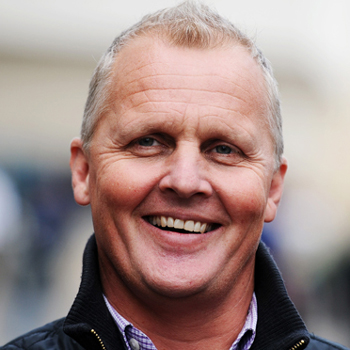 John Paul "Johnny" Herbert is Widely recognised as one of the greatest all-round racing drivers in the history of motorsport, he is among an exclusive club of British drivers to have enjoyed a successful career in Formula 1. Throughout his incredible career in F1, Johnny was at the forefront of the sport, testing himself against some true greats like Michael Schumacher, Damon Hill and Nigel Mansell.
Born and raised in Brentwood, Essex, Johnny began his racing career when he was just 10 years old, racing karts. His talent was immediately obvious, making Johnny the British Junior Karting Champion at the age of 14. He progressed and moved into Formula 3 racing, his speed and skill began attracting attention leading to Eddie Jordan snapping him up for the 1987 season. It was in that year he won the British Formula 3 title.
Involved in all types of motor racing johnny has enjoyed particular success at LeMans 24 Hours, winning the title in 1991. And the LeMans Series Championship thirteen years later in 2004.
Although retired from Grand Prix racing Johnny continues to promote the sport. Herbert also runs a charity event called the Johnny Herbert Karting Challenge, this event invites celebrities and professional racing drivers to compete in indoor go karting and is now in its 20th year. Herbert is a regular contributor to the new Sky Sports F1 HD channel co-hosting the 2012 Chinese Grand Prix alongside Martin Brundle.  He regularly offers post-race analysis for the channel and also often appears on the channel's dedicated F1 show.
Read More