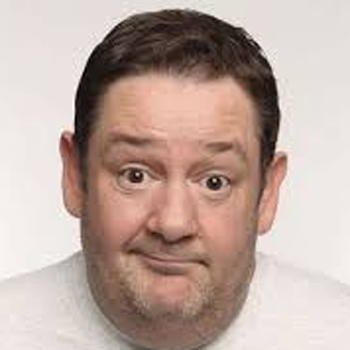 Johnny is a highly accomplished and versatile comedy actor having co-starred in Happiness on BBC2 with Paul Whitehouse and appeared with Simon Munnery in Attention Scum both shows being nominated for The Golden Rose of Montreux.

Johnny appears regularly on panel games, from Never Mind The Buzzcocks, BBC2, and They Think Its All Over, BBC1, to Patrick Kielty's Stupid Punts as well as making memorable appearances on shows as diverse as Jumpers For Goalposts, Sky One, Don't Feed The Gondolas, and The Late, Late Show, RTE.

Johnny is available for awards ceremonies and some speaking engagements.