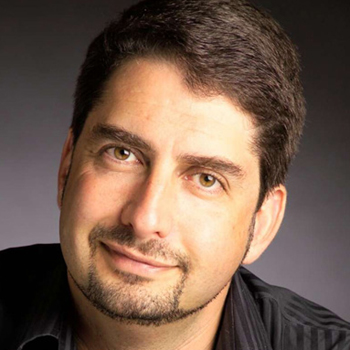 Jon's voice is one of the best known commercial voices in the UK.  In 2011 he became the man behind the voice of Apple's iPhone assistant in the UK but he is also the voice of the BBC's most successful TV quiz show The Weakest Link.
For 13 years Jon was also the station voice of BBC Radio 2. He worked as an announcer for Channel 4 for 2 years in the late 1980s and his recognisable style led him to spend 3 years as the main promotions voice for BBC1 and 7 years as the voice of Sky Movies.
Jon has voiced many high profile ad campaigns and major awards ceremonies. His voice has featured in adverts for Duracell, The Mirror, The Times, Nokia, Acuvue and on inflight TV for British Airways. He has been “The Voice of God for countless awards ceremonies.  His voice can be heard on on Garmin satnavs, reading SMS messages on Nokia phones,  on numerous National Geographic documentaries and in Kings Cross Station (as the station announcement voice).
Jon is happiest when he's behind the microphone. He started in radio when he was 16 and was the youngest breakfast show presenter in the UK aged 20. He became a reporter on the BBC Radio4's first IT programme “The Chip Shop". Then when he was 25 he became host of the breakfast show “Morning Edition" when BBC Radio 5 was launched. He has  presented news, sport, political programmes and entertainment for LBC.  He has travelled the world for BBC Radio 4's Going Places and test driven cars for Top Gear on Radio 5Live. He is very proud to have read the news on every BBC national network with the exception of Radio 3 and has also read the shipping forecast.
He interviewed Nelson Mandela, Lionel Richie, Mark Knopfler, Michael McDonald, Mick Fleetwood, Alice Cooper, Tom Cruise, Gary Rhodes, Charlie Watts, Terry Jones, Richard Branson, Tom Baker, Michael Heseltine, Frankie Dettori and Dame Edna.
His TV career began when he worked with Anne Gregg on BBC1's very first “property lifestyle" programme. He swiftly progressed to reporting for EuroNews and was QVC's first presenter in the UK.
Corporate work includes Ford Business TV, live broadcasts for the DTi and IBM and numerous training programmes for IT retailers and finance graduates.
Read More