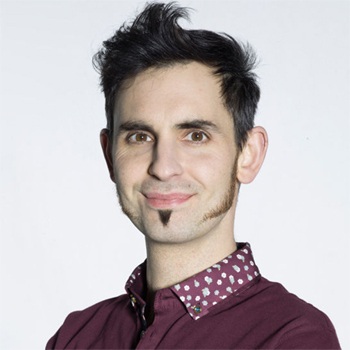 Jonny Smith is an award winning motoring journalist and television presenter, and is currently one of the presenters on motoring programme Fifth Gear. He has written features for magazines including Max Power, Car magazine, Revs and Classic Cars.
When he appeared on Sky One's Movies' Greatest Cars in 2005, he was noticed by the producers of Fifth Gear and subsequently asked to attend a screentest.
Jonny has hosted his own engineering-based documentary television series, Industrial Junkie, and in 2014 filmed a BBC America series called Mud, Sweat & Gears, with his Fifth Gear co-host, Tom Ford.
Away from television, Jonny is still very much a motoring journalist and enjoys classic and custom cars as a hobby. Having owned over 120 cars, he is currently building a classic electric powered hot rod called 'Jonny's Flux Capacitor'. His other cars include a ratty '68 Dodge Charger, a V6 powered Austin Allegro, a 1964 Chevrolet Impala SS, Honda Insight hybrid and a 1967 VW Beetle (owned since he was 16).
Read More