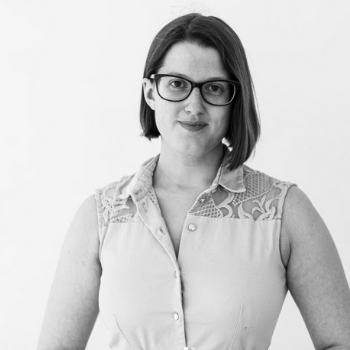 Jordan Erica Webber is the resident gaming expert on The Gadget Show (Channel 5), a presenter for BBC Radio 4, and host of podcasts including Wild Wild Tech and Talking Simulator.

She has written for the Guardian for nearly a decade, and co-authored a book called Ten Things Video Games Can Teach Us (about life, philosophy and everything).

Jordan is particularly known for her insightful skill as an interviewer, and her ability to make conversations around video games and digital culture accessible and engaging to a wider audience.

Aside from video games and digital culture, Jordan has a special interest in gender, food, and the climate crisis. She also has a first-class degree in Philosophy with Psychology from the University of Warwick.

Although she has written for specialist video game publications, from Eurogamer to Official Xbox Magazine, Jordan quickly developed an interest and expertise in video game coverage for the general public.

Through her work with the BBC, the Guardian, and Channel 5’s The Gadget Show among others, she demonstrates a knack for making coverage of video games and technology engaging and accessible to any audience.

Jordan is particularly known for her skills as an interviewer and host, with a natural ability to take conversations in novel directions while putting interviewees and audiences at ease.

As well as being named one of the GamesIndustry.biz 100 (2018), Jordan has been shortlisted for awards like the Games Media Awards Gamers’ Choice (2014) and the European Women in Games Hall of Fame (2017).

Nowadays, Jordan is regularly asked to judge awards and host award ceremonies for the likes of BAFTA, h100, and UK Games Fund.

As a “woman in games”, Jordan has been called upon to talk about being a woman in games more times than she can count, and now prefers to help other women and gender minorities more directly. With former Guardian Games Editor Keith Stuart, she has run multiple Invisible Wall events that connect women (trans inclusive) and gender minorities who want to work in games with people already working in that space. Several people credit an Invisible Wall event with helping to kickstart their careers.