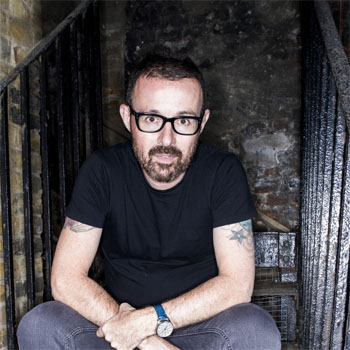 When people think of Judge Jules they instantly imagine his Radio host prowess. From blowing up on KISS FM in the 1980's to then taking his incredibly successful BBC Radio 1 show to unprecedented heights; with it becoming the soundtrack to Dance music’s booming generation.

Jules still tours his dance club music and in March 2019, he announced his ‘Judge Jules: Live’ project which featured him playing dance classics alongside a 10-piece jazz band and two vocalists. The show debuted at The Plug in Sheffield on Saturday 22 March, with four further dates  in London, Manchester, Birmingham and Bristol.

Judge Jules has also made many TV appearances including Top Gear and Celebrity Masterchef.

He also had his own short series called Spin Cities which broadcast on Play UK.

With his 10 peice band he performs at corporate events across the country bring dance anthems to life!