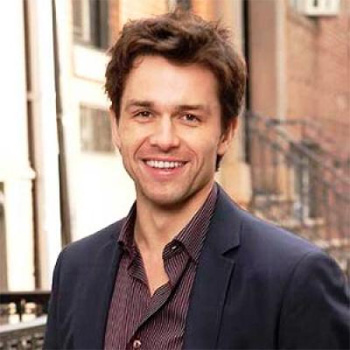 Julian Ovenden is  the son of the Queen's chaplain, a leading tenor and the former Diet Coke Man.
Born in Sheffield, stage and screen actor Julian is well known to audiences from playing many leading TV roles on both sides of the Atlantic.  Most notably he played Andrew Foyle in ITV's Foyle's War. Further television credits include Any Human Heart, The Royal, The Forsyte Saga and the US series Cashmere Mafia.
Music has been in Julian's blood from his early years.  As a seven-year-old, Julian won a scholarship to sing in the choir at St Paul's Cathedral, followed by a music scholarship to Eton, then Oxford University, before training at London's WebberDouglas Academy.
He has also conquered both the West End (in the shows Merrily We Roll Along, Grand Hotel and Marguerite) and on Broadway (Butley, alongside Nathan Lane and Death Takes a Holiday) and there is more West End musical theatre is in the offing.
Julian gave two show-stopping performances at the 2010 Proms, singing Sondheim and Rodgers & Hammerstein, which won him not only standing ovations but rave reviews across the board and a recording deal.  His debut album 'If You Stay' was released in April 2012.
Julian is married to opera soprano Kate Royal and they have two young children.
Read More