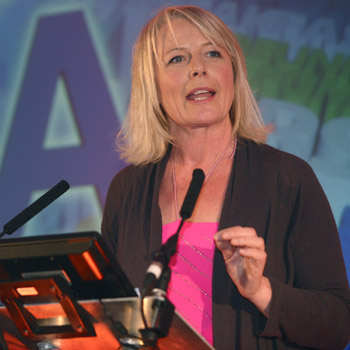 Juliet is a journalist and broadcaster whose credits include BBC Breakfast and BBC News for whom she presented numerous documentaries and current affairs programmes. She was a regular contributor to Countryfile and also presented all three series of the acclaimed House Detective.

Further afield, she presented both series of Unchartered Territory for BBC2 where she travelled worldwide in search of holiday homes off the beaten track. She was also the quiz mistress on National Geographic Channel's extremely successful Mastermind style quiz, Nat Geo Genius.

She began  her career at BBC SW's Spotlight where she built a solid reputation as interviewer and investigator tackling projects of complexity and gravitas. She moved from there to be the main anchor for Newsround and filmed a moving set of reports for Newsround Extra focusing on a chilling portrait of the children living in Colombia's sewers and led to her being the main anchor on BBC Breakfast for 5 years.

In the corporate market she has built on this reputation, bringing warmth and depth to her delivery, enhancing events, whether chairing a serious conference, or hosting an awards evening. Recent clients include Accenture, the Institute of Directors for whom she chaired their annual Women as Leaders conference for the past 4 years,  BP for whom she conducted one to one interviews with the Group CEO, Lord Browne and other top executives for 5 years running and the British Standards Institute, for whom she has conducted a series of live and recorded interviews.

In  June 2012 she hosted a multinational energy conference in Kazakhstan featuring industry experts and academics drawn from around the globe and was widely praised for her approach and preparation.

"We have received so many positive comments about you. You did a really great job of adding value to the day; in particular, your excellent management of the Panel and Q&A sessions was perfect."  October 2014

"Juliet was a real pleasure to work with and it was well worth having someone as experienced and personable as she is hosting the panel sessions which I think were one of the highlights of the morning agenda.  We will be recommending her to other clients who need someone to fulfil a similar role.  JD Marketing for Integralis Security World - November 2013

"...the feedback has been brilliant. Juliet was particularly well received by both delegates and speakers and she really did make the whole day run smoothly and professionally." Juliet chaired a two day Sustainable Water Conference in September 2013

"It went brilliantly with Juliet yesterday. We had so many positive comments about her from delegates and the PR team and from our perspective she was an absolute pleasure to work with. She really added a lot of value to the day with her excellent management of the questions and her own questioning of the speakers in their Q&A sessions. We would definitely recommend her again to anyone."  Pulse Event Management.  Juliet chaired the ProTerra Foundation Conference - May 2013

"Juliet did really well and added a bit of pizzazz to the event."  Juliet moderated panel discussions at the Wave & Tidal Conference for Renewable UK - February 2013

"Juliet was an excellent awards hosts and went down very well with the audience. She was delightful and we thoroughly enjoyed her company."  Touchwave Media  (Juliet hosted the Pump Industry Awards) - March 2012
"It was great working with Juliet again. She brought her trademark professionalism to the event, and kept the audience involved at all times adding real value to proceedings."  IOD Women as Leaders Conference,  2011
Read More