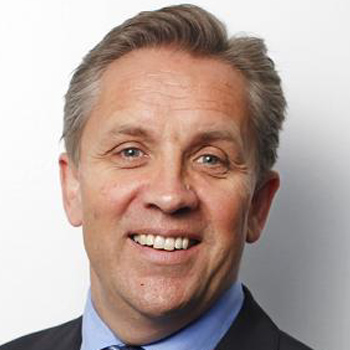 Justin King was CEO of J Sainsbury plc for 10 years, stepping down in 2014. He was credited with reviving the company in the face of fierce competition from Tesco, Waitrose and latterly discounters Aldi and Lidl. He was appointed Commander of the Order of the British Empire (CBE) in the 2011 Birthday Honours for services to the retail industry.
Justin has wealth of retail industry knowledge and international experience behind him in a thirty year career spanning FMCG and Grocery Retailing.
He stepped down as CEO of Sainsbury's in July 2014 after ten successful years, previously the Director of Food at Marks and Spencer, King has held senior positions at Asda, has worked for Pepsi-Cola International and Mars and was involved in the introduction of Haagen-Dazs ice cream to the UK. He is a non-executive director of Staples and was a board member of LOCOG from 2009 - 2013,
and a member of the Prime Minister's Business Advisory Group from 2010 - 2012.
In 2013, Justin was named Most Admired Business Leader by Management Today as well as Britain's Most Impressive Businessman in the IPSOS-MORI Captains of Industry Report.
Justin is a graduate of Bath University, where he received a Bachelor of Science in Business Administration.
Read More