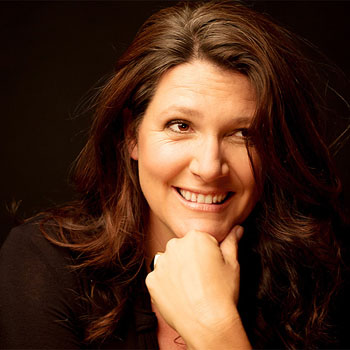 Kate began her career as a regular singer at Birmingham jazz clubs whilst at university. After university she quickly established herself on the London jazz scene and has gone on to play many of the UK's most prestigious venues. She released her debut album, Good Vibrations, in 1998 which was produced by Richard Niles and  released on the Black Box Music label in 1998.
She has had residency's at Soho's exclusive club Kabaret and was a  frequent guest at Lenny Beige's Regency Rooms and Madame Jo Jo's in Soho.
Her life long love and fascination with the music of Peggy Lee inspired her second album, Ain't This Cosy, released in 2000, was  recorded with the Geoff Eales trio, and resulted in a 50 date sell-out national tour of her one-woman show Fever! The Making of Peggy Lee, written by Lucy Powell. She took the show on  tour in Australia and New Zealand and Kate was asked to devise a show with the BBC Big Band at the Festival Hall in 2003 which went on to tour theatres around the UK.
Kate went on to devise Music to Watch Boys By with Cirque du Soleil director Cal McCrystal featuring the Jonty Fisher Trio. She followed this up with a whistlestop musical tour of the Seven Ages of Man which included songs by Tom Waits, Dean Martin, Elvis Costello and Queen. It  had highly successful runs in London and Edinburgh and played several festivals in Australia and New Zealand.
While spending a year on Vancouver Island with her husband,  she wrote an album of original songs and rediscovered her own voice after several years of playing Peggy Lee.
On returning to the UK, Kate  released Things As They Are, an album of original songs recorded with long term musical partner Jonty Fisher on bass, Malcolm Edmonstone (also MD to Jacqui Dankworth) on piano and Ben Reynolds (voted best newcomer for BBC Jazz Awards 2008). The band went on to play venues throughout the UK and at the end of 2010 Kate devised a new cabaret show I'm a Woman a celebration of all the women singers who have inspired her.
One of the songs from the show, Lady with the Braid gained particular interest and it was this that encouraged Kate and pianist Naadia Sheriff to collaborate on a new duo project. Their album Beware of Young Girls : the songs of Dory Previn was released on 30th April 2012 to coincide with their performance on Jools' Holland's Radio 2 show. The live show written in collaboration with Amy Rosenthal and directed by Cal McCrystal (One Man Two Guvnors) premiered at The Matcham Room, Leicester Square Hippodrome and will be touring the UK from November 2012 July 2013.
Things As They Are, Kate's first album of originals is being re-released by Proper Distribution in January 2013.