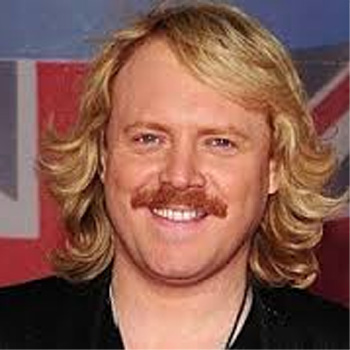 After four years of Art College, Leigh landed his first job as senior artist on the Yorkshire Evening Post. His fetish for dressing up and making home videos took over after his first TV appearance on Channel 4²s Take Over TV. During a live audition for another Channel 4 show Watch this Space, his comic talent was spotted and he was snapped up by The Paramount Comedy Channel.
Whilst at Paramount, Leigh learnt many aspects of television both in front and behind the camera. He began developing characters and started staging meetings with production companies in restaurants in various guises. Word got round and he landed a commission for his own show on Play UK.
Leigh was nominated as Best Newcomer at The British Comedy Awards in 2002 for his work on C4's Friday night show Bo' Selecta! and it was from this series that many of his now infamous characters, including Keith Lemon, came to fame.
Following the conclusion of Bo' Selecta!, Keith Lemon Businessman of the Year 93  re-appeared in his own spin-off series on ITV2, entitled Keith Lemon's Very Brilliant World Tour. The programme depicted Keith Lemon flying to six different countries, meeting various celebrity guests along the way, aiming to fatten his horizons and texturise his conversations.  The series premiered on 11 March 2008 on ITV2, and pulled in very successful ratings.
In August 2008, it was announced that Keith Lemon would return to ITV2 with his own comedy panel game show 'Celebrity Juice'. The format of the show involves two teams of celebrities, who battle it out to see which team know the most about the past week's news.
Now in its fifth series, Celebrity Juice sees Keith present his very own quiz show sandwiched between co-presenters Fearne Cotton and Holly Willoughby and funny man Rufus Hound. Keith and his team captains welcome an array of top celebrity and comic guests to join their topical quiz extravaganza every week.
In 2010, Keith Lemon's Fit hit the stores and fast became a number 1 selling hit¦!.
Read More